Synagogues have played their role in characterising the appearance of many a village in the south of Ortenau. They have born witness to the attempts of the Jewish communities to integrate themselves into the Christian environment and, at the same time, to hold on to their own religion.
Due to the level of conservation the Kippenheim Synagogue consecrated in 1852 is of particular architectural and cultural historical value. The eventful fate of the Jews is mirrored in the history of this building – from their emancipation in the 19th century all the way to their expulsion and murder by the national socialist powers. The former Synagogue is also a mirror handling and dealing with the history of persecution after World War II.

The Jewish Community in Kippenheim and the Synagogue 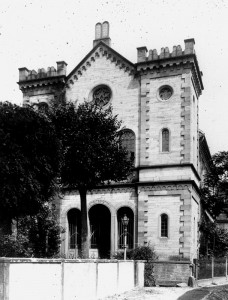 Individual Jews have settled in Kippenheim since the second half of the 17th century. In 1871 the number of the Jewish community members at 323 had reached its highest level (approx. 15 per cent of the local population). In 1933 the Israelite community Kippenheim still counted 144 members, of whom most of them emigrated before the beginning of World War II. At the time of the so-called November Pogrom/Night of Broken Glass in 1938 about 70 Jews still lived in the village. In the morning of 10th November 1938 members of the Lahr Hitler Youth Gebietsführer desecrated the school and the interior of the Synagogue. All Jewish men were detained in the morning of the 10th November and in the evening they were transported from the Lahr railway station to the concentration camp Dachau from whence they only returned again after several weeks. On the 22nd October 1940 the 30 Jews still living in Kippenheim were deported in the scope of a nationwide deportation to the camp Gurs in southwestern France. The political community Kippenheim, which defined the Synagogue as a “blot on the landscape” organised its demolition which, however, was not completed due to the war events. In 1955 the Raiffeisenwarengenossenschaft Kippenheim e.G. purchased the building to use it as warehouse for agricultural commodities. The cooperative had the building modified beyond recognition: The towers were removed up to the height of the gabled roof, the rounded windows were walled up and the window rosettes removed. In 1983 the community of Kippenheim bought the building to restore it to its original condition. The association “Förderverein Ehemalige Synagoge Kippenheim e.V.”, founded in 1996, lavishly renovated the interior of the former Synagogue in 2003. The association developed renovation attempts to keep the traces of history visible to make the different uses of the building since construction as distinguishable as possible.

The Förderverein Ehemalige Synagoge Kippenheim e. V. is responsible for the memorial, learning and meeting centre. It would thereby like to make a future-oriented contribution towards more readiness for dialogue and tolerance in the society. In the meantime the Synagogue is a recognized education centre for school, adult education and youth work. A permanent exhibition on the galleries provides information on the culture and history of the Ortenau country Jews.

The association offers guided tours which are not only suitable for school classes, youth groups but also for groups of adults. Study trips for pupil and youth groups to Kippenheim are sponsored by the Baden Württemberg Ministry of Education and Arts.

Contribution towards expenses per guided tour

The Kippenheim Synagogue bears witness to religious Jewish life in a Christian environment, contemporary history of the desecration by national socialist violence, and finally its condition today, the handling of the national socialist history and the Jewish heritage.

Duration: 60 min
Keywords: The Synagogue as Jewish place of worship – History of the Jews – anti-Judaism and anti-Semitism – The Shoah – Handling national socialist history

>> In connection with a guided tour through the former Synagogue: On the trail of Jewish life in Kippenheim

The guided tour begins in the “Judengässle”, the ghetto of the 18th century and leads past the former Jewish shops into the Poststrasse, the centre of Jewish life after the Jews gained equal legal status. 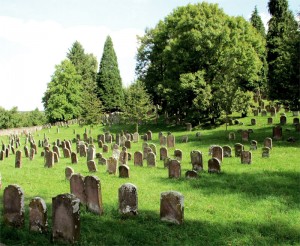 Taking a stroll through the Schmieheim cemetery tells a lot about the chequered history of the Ortenau Jews. Presumably it was laid out in 1682 when the first Jews were allowed to settle in the region. It is the largest Jewish communities cemetery (140 Ar) in South Baden and shelters about 2500 Jewish graves.

>> On the Trail of Jewish Life in Schmieheim

Schmieheim, as residence of the district rabbinate is the religious centre of Ortenau Jewry until the end of the 19th century. The guided tour leads, among others, past the former Synagogue, the rabbinate building and the Mikveh (ritual bath) and upon request, the Jewish Communities Cemetery.

Offenburg, Kippenheim, Emmendingen, Breisach, Sulzburg and Haslach harbour memorials which have emerged from civic and communal commitment and which in the scope of a museum and in an educational way, are a confrontation with Jewish life at the Southern Upper Rhine and the Nazi dictatorship crimes.